Naples has made it! It joined the ranks of the most important races in the world. 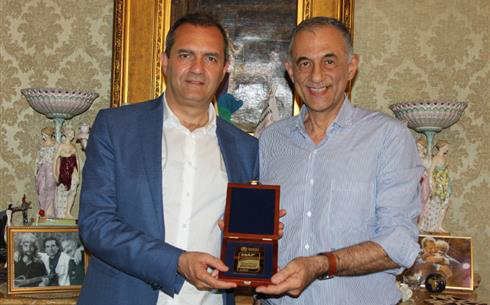 Naples in the ranks of the great world half marathons. What only a few years ago was a dream, today it has become reality thanks to the IAAF  Road Race Bronze label, a valuable certification for the Napoli City Half Marathon 2019 (NCHM), in terms of organization, quality of the event, spectacularity of the route. In short, a stamp of real quality that will serve in the coming years to attract more and more participants from all over the world. Beside the IAAF  Bronze Label, the Napoli City Half Marathon has been awarded with the Five-Stars of the European Athletics (Eaa)

NAPOLI CITY HALF MARATHON 2019 – The Napoli City Half Marathon, part of the circuit of events RunCzech, brought 7,431 runners, and a total of 22,427 visitors to the two days Sport Expo in the venues of the Mostra D’Oltremare. Numbers up compared to last year, also in terms of economic impact of an event that brought over 2.6 million euros to the city and local territory. Numbers which prove how a well-organized event can become more and more appealing for the following years.

CAPALBO – “Getting a label from IAAF means entering the ranks of the most important events in the world. It means that the athletes who will go to the Olympics will be able to qualify in Naples, it means giving a quality certification to an event that will bring more and more runners and tourists to Naples “said the President of Napoli Running and RunCzech, Carlo Capalbo.

DE MAGISTRIS- “The international certification obtained by IAAF certifies the excellent work done by the organizers and the support of the city of Naples which has always been close to sport. An additional effort will be needed to catch the races that precede us, those of Rome and Milan, and we will do everything to help the participation of people in a city that loves sport, “said the mayor of Naples, Mr Luigi de Magistris

UPCOMING EVENTS – But the commitment of Napoli Running and RunCzech, does not end here. In September, the Bosco in Rosa non-competitive race is scheduled, a classic 5 km non-competitive pink run in the beautiful Capodimonte Park. On December 1, the Sorrento Positano event, 54 km Ultra-Marathon and 27 km Panoramic. On February 23 2020 a new appointment with the Napoli City Half Marathon and the goal of more than 9000 participants.

Read other articles about this news