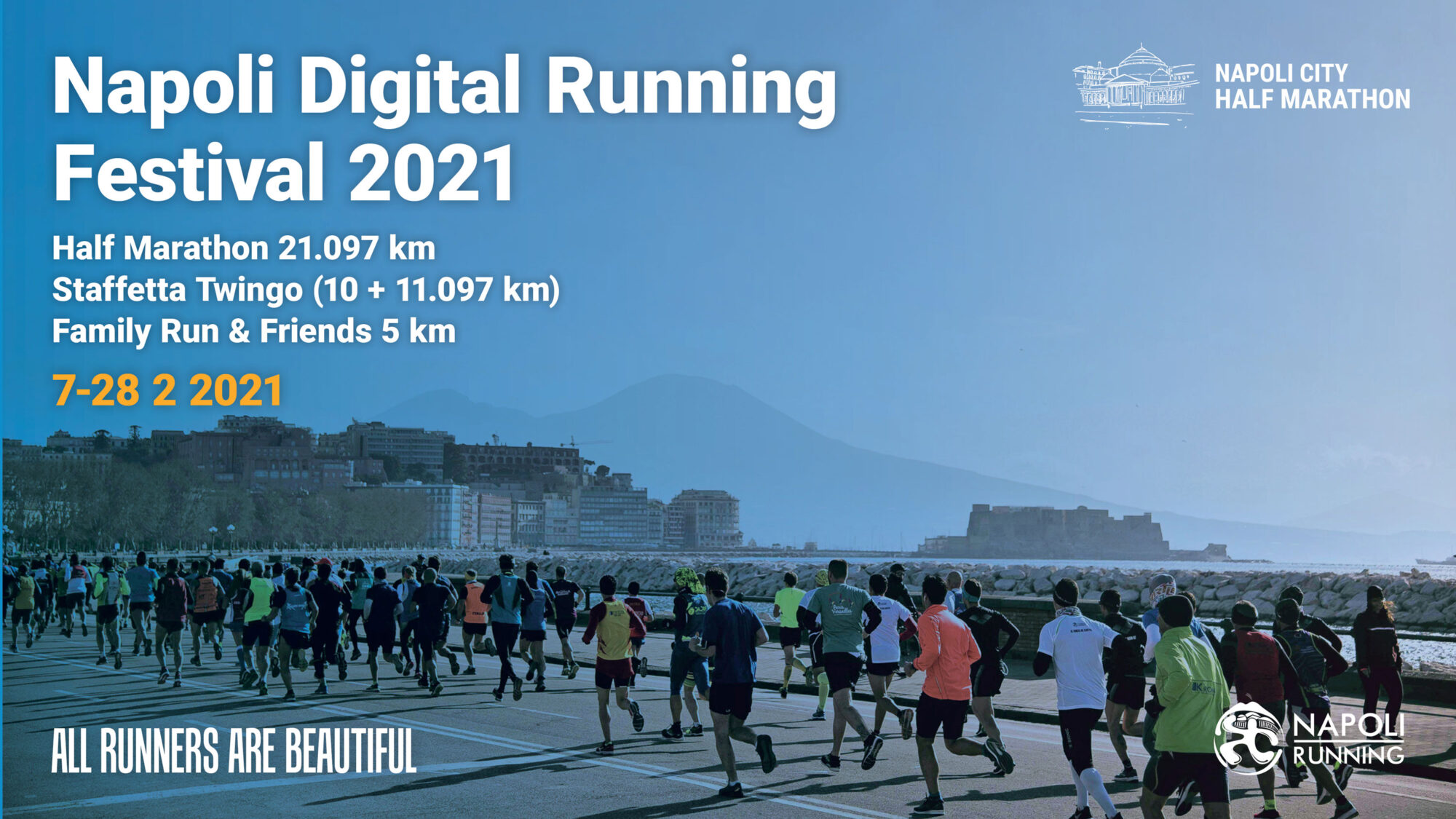 In compliance with the political and sports institutions, and in respect of the difficult moment that we have all been experiencing for a year now due to the pandemic from Covid 19, Napoli opens up worldwide making it possible to run simultaneously in Central Park in New York, rather than Australia or New Zealand, or in the backyard, on a treadmill, sharing a world ranking drawn up by the Vesuvius.

DISTANCES – An event that everyone can join, in Italy and in the rest of the world, trained and less trained, beginners or veterans. Three distances are planned, Half Marathon, the Twingo Relay (10-11,097km) and the Family Run & Friends 5km.

Each of the three distances can be completed in several training sessions, a goal that is truly accessible to any type of physical commitment, even just walking. The event is open to anyone, to those who love football, volleyball, basketball, tennis, or simply those willing to feel good. Even a simple walker can easily dream to complete the race distance and earn the medal of the 21km.

WHERE TO RUN – Runners can run where they want, in respect of national and regional  safety regulations in force. They will then need to prove the run or walk by tracking the performance on a GPS tracker or with a dedicated app such as Strava, Runkeeper , Garmin etc, and upload the results on the Realbuzz platform in their personal area.

REGISTRATION – As for the Sorrento Positano Digital Running Festival last December, organized by Napoli Running, in this case as well, runners who register will receive the commemorative medal and will have the chance to buy the official merchandising. Further details of the event will be revealed in the coming weeks.

Meantime, let’s start dreaming of a medal and the new goal of the Napoli Digital Running Festival. The event will have international reach and will also offer access to a Virtual Expo where the beauties of Naples will be introduced to thousands of runners from all over the world.