Napoli City Half Marathon, a fascinating tale of the route! 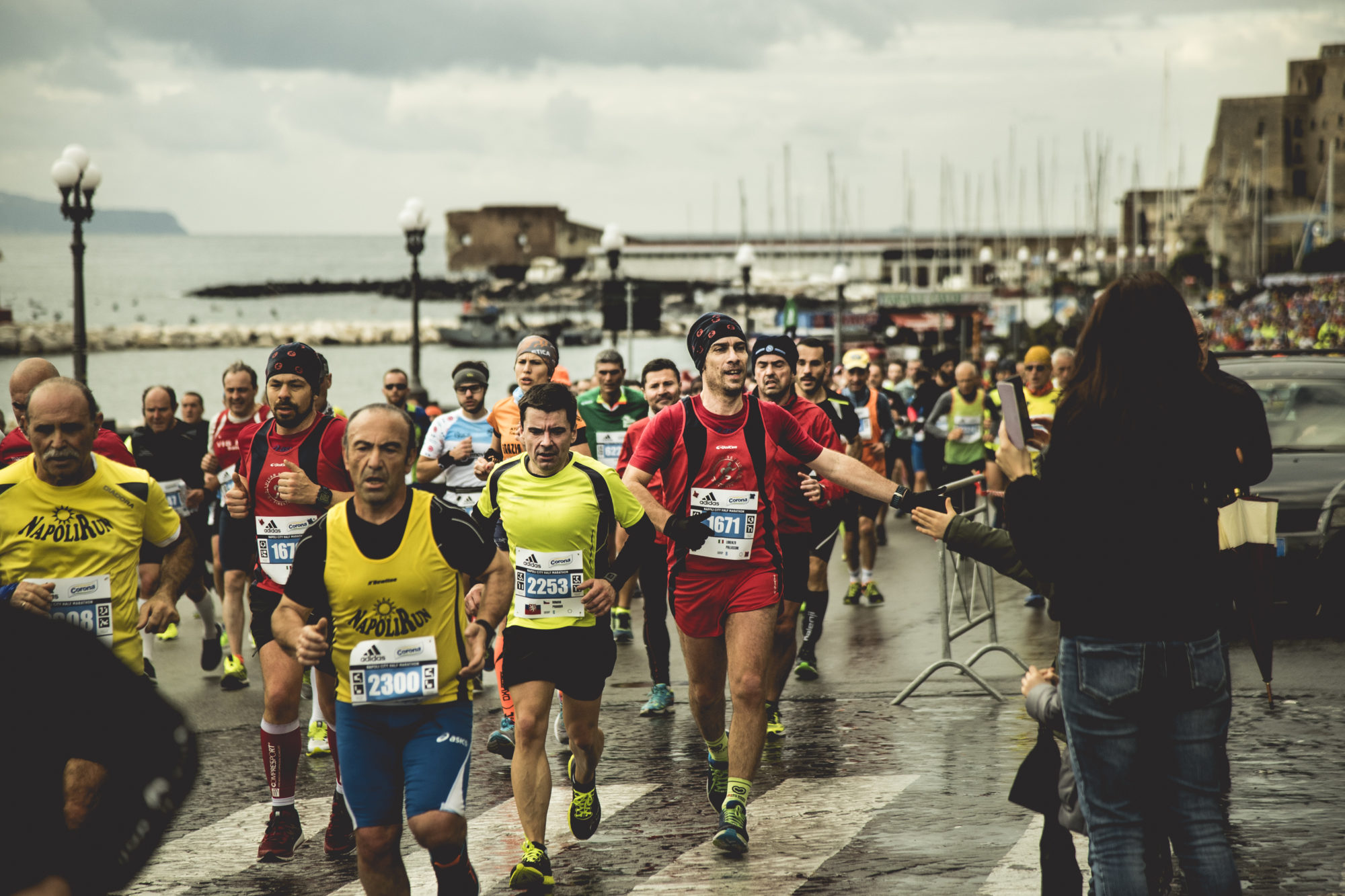 Less than a month to the 7th Naples City Half Marathon on 23 February starting at 9 am and a route that already has the highest number of km covered by the sea in a half marathon in Europe. If that is not enough, this year the organization wanted to make a gift to all runners by including small changes to the route that will keep the beauty and the plunge into the culture unchanged but, at the same time, to obtain the primacy of the course. The objective for the elite runner also brings an official hashtag: #sottolora.

Confirmed the route in the first 12 km that remains so unchanged compared to the previous ones, while the most important difference will be in the final, with the arrival moved from the Mostra d’Oltremare to the avenue Kennedy, the same of the departure, with considerable reduction of energy expenditure caused by the many bends of the last kilometre and therefore with much more smoothness.

DESCRIPTION OF THE COURSE – The start on J.F. Kennedy Avenue, just outside the Mostra d’Oltremare, will see the athletes parade very fast along the first kilometers of the race, between the wide avenues of the outlying district, heading towards the Galleria di posillipo, where they will face a stretch of about 900 m in negative slope, a descent that can immediately gain precious seconds but that still must be managed to avoid going into ‘out turns’.

At the exit from the gallery the athletes will breathe the scent of the Gulf Sea, going in order from mergellina to via caracciolo, become cyclopedestrian for some years, and then head on via Marina, thus finding an enchanting panorama that will accompany them up to the turning point of 10 km where the track bends towards the historic center, recognized as a World Heritage Site by UNESCO. Later you will return on the waterfront, not before you have transited the historic Piazza del plebiscito and Via Medina. The latter represents an additional road compared to the past in which have been derived the kilometers that allow to anticipate the arrival on Kennedy avenue instead of the Mostra d’Oltremare.

You will return through the same gallery of posillipo (this time the 900 m will be on a positive slope), to compensate for the descent from which you benefited in departure and then down in flight towards the finish line. The whole route has few curves (less than 30) and about 150 m of difference in level.

KM 5 – A little more than the fifth kilometre is the first point of refreshment, next to the imposing Castel dell’ovo, the oldest structure in Naples. Castel dell’ovo built on the megaride islet and legend has it that just at the point where it rises the Mermaid partenope died, symbol of Naples. It seems that even the name is linked to a legend, Virgil would have hidden inside a magic egg that would have the power to keep the entire fortress standing. The islet of megaride is home to starred restaurants and boating clubs, as well as landing place for the fishermen of Santa Lucia.

MARINA AVENUE – The route then winds towards the Port of Naples, on Via Marina, a coastal road that runs along the chaotic and intricate low neighborhoods wanted by the illuminated mind of Charles III who was aware of the potential of the area of porches and the Golden Mile. For its construction were demolished the defensive walls that surrounded the historic center, the most representative place of Naples with the iconic Naples splinter, the Greek ruins of Piazza Bellini, the works of Caravaggio and Donatello, the Christ veiled to Sansevero Chapel, the monastery of Santa Chiara and the gastronomic traditions that dominate these alleys.

10KM – Leaving the refreshment of the 10km, you reach the turn of the mark and after a few meters you will find the famous Market Square, transformed into a market area by the Angevins and the scene of events such as the beheading of the young ruler Swabian Korradino or the revolt of Masaniello in 1647.

The athletes will then retrace via Marina, until you get to Piazza Municipio where there is Palazzo San Giacomo, seat of the City of Naples, which in turn gives to Castel Nuovo, also known as Maschio angioino. It is the imposing castle wanted by Carlo d’Angiò to move there his residence, previously located in Castel capuano.

The athletes will then fold on Via Medina, historically called Largo delle corregge, because it is used as a venue for horse riding tournaments. From Piazza Municipio the runners will run next to the Teatro di San Carlo and then arrive in Piazza del plebiscito, the third refreshment point at 15km and from here you will return on the waterfront.

PLEBISCITO SQUARE – It’s one of the largest in Europe and can be divided into two parts, the first in a semicircular shape, while the other has a rectangular shape, determined in the short sides by the courtyards of the Palazzo dei Gemelli and in the long side by the profile of the Palazzo Reale. There are two equestrian statues, one realized and the other only begun by Canova and completed with the insertion of the knight by the Neapolitan sculptor Antonio calì. The square is the natural extension of Via Roma/Toledo, the main street of the city.

From here the athletes will come back on the seaside, passing Mergellina and the final part of Fuorigrotta. The finish line will be in Viale kennedy, same spot as for the startline. The personal best is ensured, for the best athletes the goal is #sottolora .