Prague 21.1 km – Ready for the restart brings back the top long distance athletes to the Czech Republic to attack records 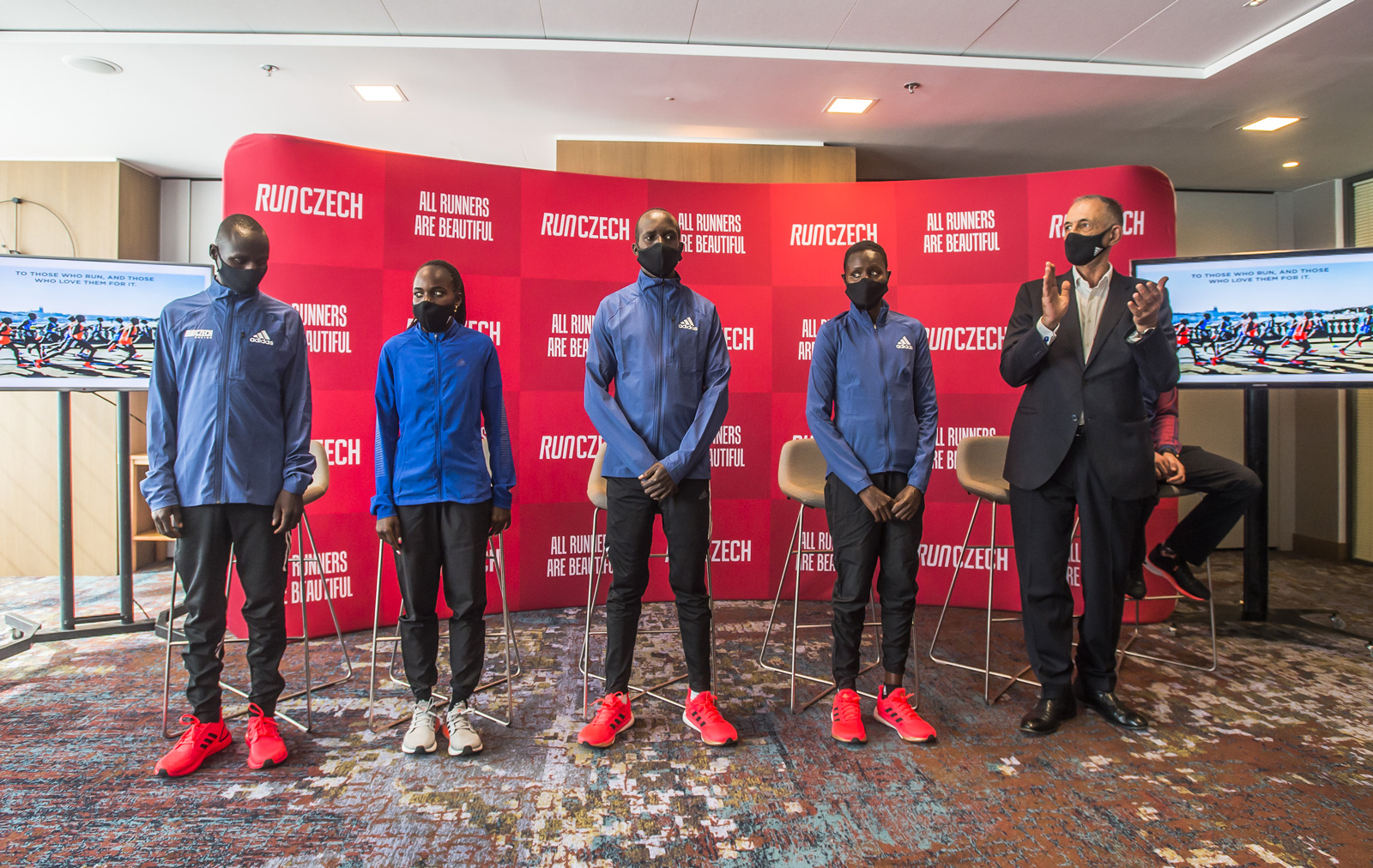 Even in 2020, Prague will not lose the world’s best long distance athletes. Roughly twenty elite men and nine of the best women will compete on the “Oval” course in Prague’s Letná Park on Saturday morning to chase extremely fast times. In 16 and a half laps, the men will try to break 58:30, the women will aim for 1:05:30 – if they succeed, the rankings will be shaken up. However, world times in this case are a bit secondary: it is already a miracle that the world’s top half marathon runners will compete in Prague this weekend.

Although at the beginning of the summer it may have seemed that Prague would not be able to host running races for this year, the opposite has happened. The organizers from the RunCzech team found a unique chance and in a surprisingly short time prepared the project Prague 21.1 km – Ready for the Restart. “I don’t know which of you believe in miracles, but the fact that we can be here at all is one of them,” said Carlo Capalbo, president of the RunCzech Organizing Committee. His team managed to prepare the whole event in less than a month. “When the opportunity arose to organize something, we did not hesitate, it is our civic duty to react. We do not do it for ourselves, but for all the runners, Prague and the whole Czech Republic. We all know that the fight against coronavirus is unfortunately still ongoing, and we cannot wait a year and a half for it to be over. We want to show that running in this country is alive even in difficult times and regardless of the results and records, the winner is already the Czech Republic,” added Capalbo.

On Saturday, the race kicks off at Letná Park at 6:20 in the morning with the men’s program, and the women will start their run at 8:00 (editorial note: in the meantime the organizers changed the order of the starts, ie the women race starts first, men afer). However, both starts can be easily shifted depending on ideal climatic conditions. There are three reasons for the early start: after six in the morning, the wind blows the least in the Letná area and the temperature should be at the ideal level of 13 degrees. Also, because of the coronavirus situation, most probably a larger number of people will not gather around the course.. “Unfortunately, at this time we can’t invite anyone directly to the “Oval”, but thanks to the live broadcast, no one will be deprived of a unique experience,” says Capalbo.

There are three women in the starting lineup who have already run below the extremely fast 1:06, including the former world record holder and half marathon world champion Peres Jepchirchir. “We can run very fast. The route is good, we have already trained on it and I trust myself a lot,” said the Kenyan runner. The performance in both races will be helped by the pacemakers and especially by the newest masterpiece of the adidas “workshop”, the super-fast adidas adizero Pro shoes, which the runners themselves contributed to develop. “The first tests took place last February. We’ve made a lot of changes and improvements since then and now I believe it’s the best shoe to achieve really great results,” hopes Kenyan representative Abel Kipchumba, who named the new shoe Majambo. The men’s starting lineup is also very strong, two runners have already run under the fantastic 59 minutes.

This weekend will be a proof of the famous ALL RUNNERS ARE BEAUTIFUL. One would think that it is enough to organize such a big event in one week. Well, not for RunCzech. On the same weekend, an event for hobby runners takes place. The so-called Grand Finale of a summer challenge Cesko bezi dal (Czech Republic keeps on running). On Saturday evening there will be a 10K race and on Sunday morning 5K and Family run. For the Sunday races, the elite athletes will come and join.