The 7th Napoli City Half Marathon, a World Athletics Bronze Label race, kicked off the RunCzech running season on Sunday, 23 February at 9am from Viale Kennedy and brought thousands of runners through the most beautiful sights of the city.

Kenyan athlete Henry Rono (RunCzech Racing) finished the race in a new course record of 1:00:04, setting a new personal best in the process. The previous race record holder, his compatriot Abel Kipchumba, crossed the line in second place with 1:00:35. Kenya made a clean sweep of the podium, with Evans Kipkorir Cheruiyot coming in third (1:00:42). 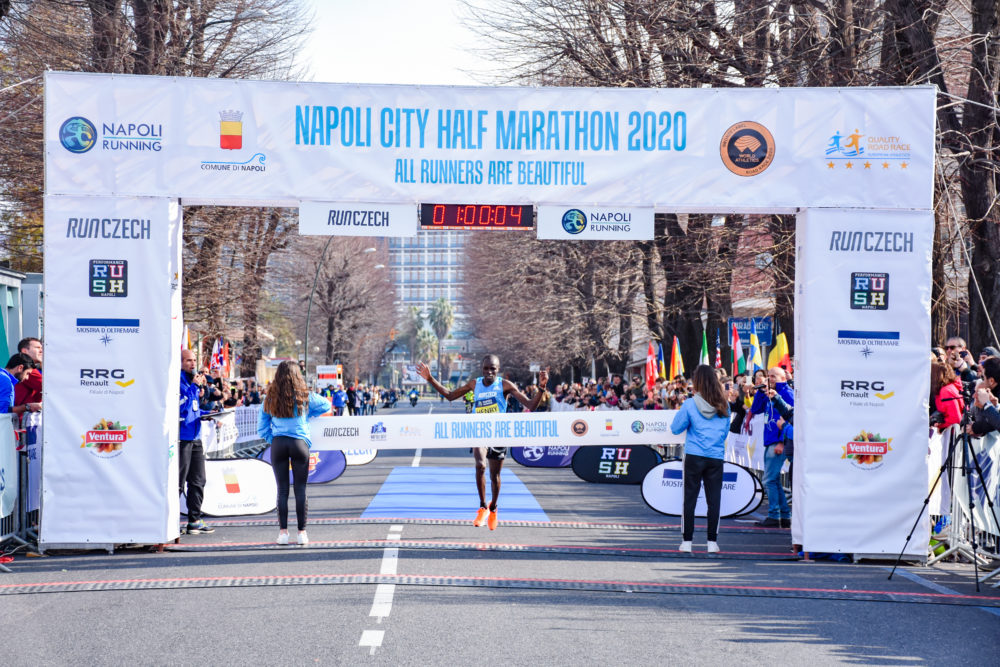 The first Italian to cross the line in this Napoli City Half Marathon was Francesco Quarato (Team Pianeta Sport Massafra) who finished 15th in 1:09:35 improving his personal best by over a minute.

“We went through 10km in 28:00, to 20km in 56:59; I also gave everything in the tunnel uphill towards the finish, I pushed as hard as I could. I was running alone from the tenth kilometer, if I had an opponent to fight with, maybe we could have done it (gone under 60 minutes),”- said Rono. 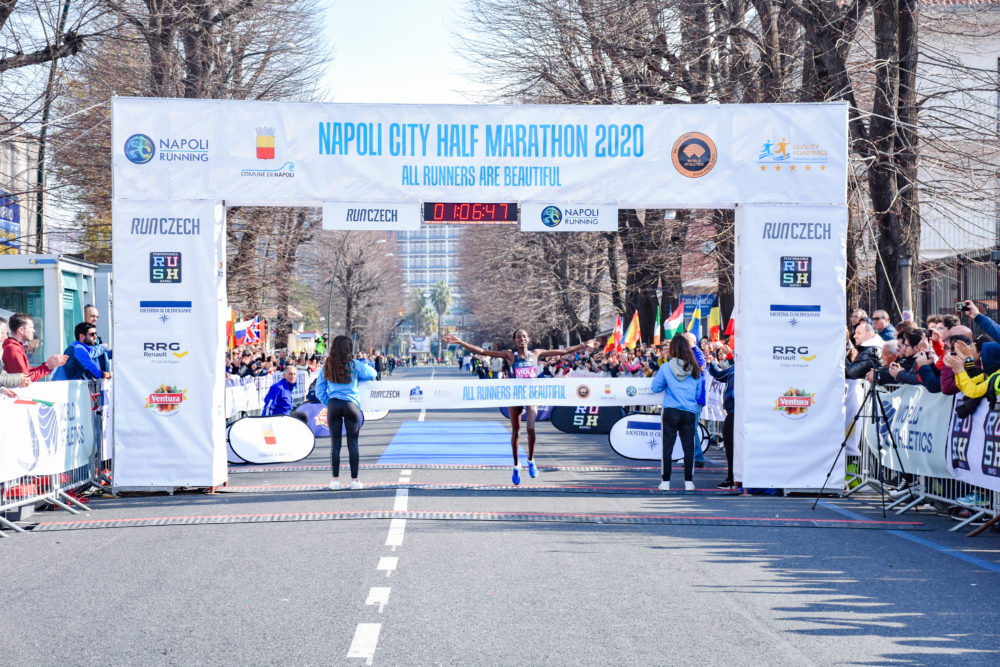 Meanwhile, the women’s race will go down in the history of the Napoli City Half Marathon. With Kenyan Viola Cheptoo sprinting to a new course record of 1:06:47, record, bettering the previous record set by Eshete Shitaye in 2018 (1:08:38) by almost two minutes. This was the second fastest half marathon ever run by a woman on Italian soil, by the athlete who in 2016 participated in the Rio Olympics on the track in the 1500 metres and today made her debut over 21.097km: “I love more and more to run on the road than the track. This city and this race I will always remember. I said it yesterday, I felt I could run on these times and I know I can do even better. “

The second woman was the Ethiopian Birho Adhena Gidey with a time of 1:07:57, also in her debut at the half marathon distance.  South African Glenrose Dimakatso Xaba clocked 1:09:30, setting another new personal best here in Naples.

Over 6000 runners joined the Napoli City Half Marathon. On Saturday, the non-competitive Family Run and Friends race attracted hundreds of active participants.